So, in the rush to post about the meet-up, I forgot to show any of the treasures I picked up.  Because you know, it was supposed to be all about sewing, not eating and drinking.  When we all threw our patterns into a pile in the centre of Worldwide Plaza, I tried not to look, thinking about the three diaper boxes full of patterns I already have at home.  That's right, three diaper boxes.  They hold about 40-45 patterns each.  Yikes.  But then I saw that people hadn't brought along their fugly '90s patterns, but some lovelies like these: 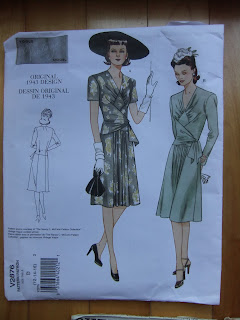 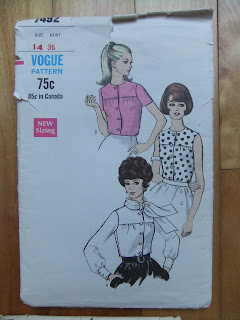 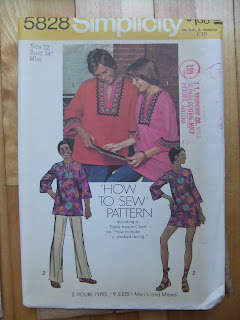 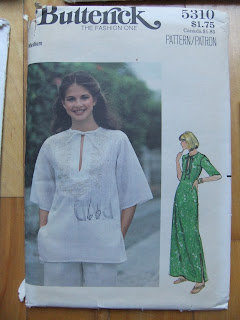 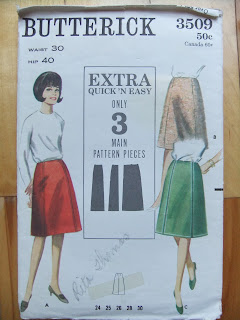 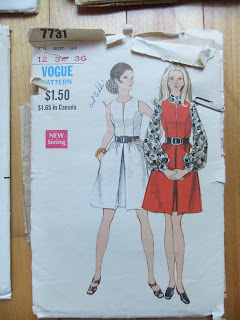 Well, some of you may not think that those caftan/dashiki patterns are lovelies, but think of them as tunics.  Yeah, tunics.

And here is my relatively modest fabric haul.  First up, the wovens: 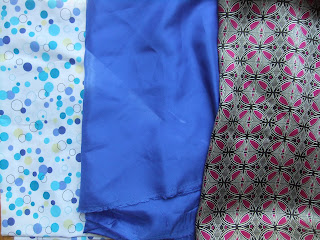 From left to right: cotton broadcloth which will probably become something for my daughter; blue silk which was in a pile of nylon lining fabrics priced at $2/yard = score; silk charmeuse with an art deco feel. How beautiful is that?  It was $12/yard, which is a bit out of my comfort zone, what with being cheap thrifty, but how could I pass this up? 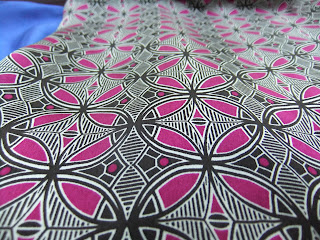 Next up: the knits.  It's hard to find reasonably priced jersey here in Montreal.  There must be some place, but until I find it, I'm not willing to spend $14/metre for icky jersey at Fabricville. 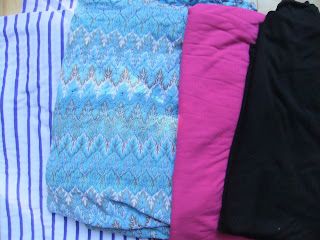 1m each of the striped, the mixed blue and the pink jersey; 3m of the black, because unlike Oona, I can never get enough black jersey. 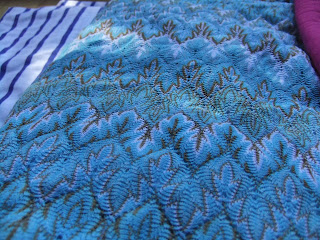 This blue knit has the potential to turn nasty if I choose the wrong pattern.  Maybe just a very, very simple T with few seams.

And just so this post isn't all sewing and no scientist, here is what I did when I got back to Montreal.  We were invited to hear this talk and speak a bit about our project.  Lots of cool projects going on in Canada and the developing world that always make me wonder, "how the hell did I get this dream job?!  And when is my strike going to end so I can get back to 'taking life-saving science from lab to village', so to speak"  ;) 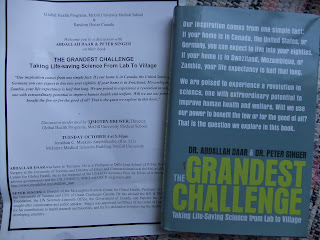 On another note, my man was taking some kind of online survey this morning to determine whether he was a nerd or not; he got a "not nerd" verdict, which led to a discussion about how our perceptions of what is and isn't a nerd has probably changed a lot over the last decade, what with the technology used in everyday life, when I realized what my shirt said: 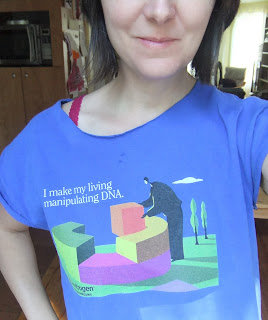 Perhaps I won't take that survey.
Posted by Another Sewing Scientist at 15:48