So I sewed something for Blue February, but I thought I wouldn't be able to blog about it because I was pattern testing for Sewaholic.  Fortunately, Tasia did a Belcarra Blouse reveal the other day and so I'm free to spill the beans!

Now follows a series of blurry photos taken in my lab on a bad hair day.  (Hell, let's be honest:  it was a bad face day, so I cropped most of them….) 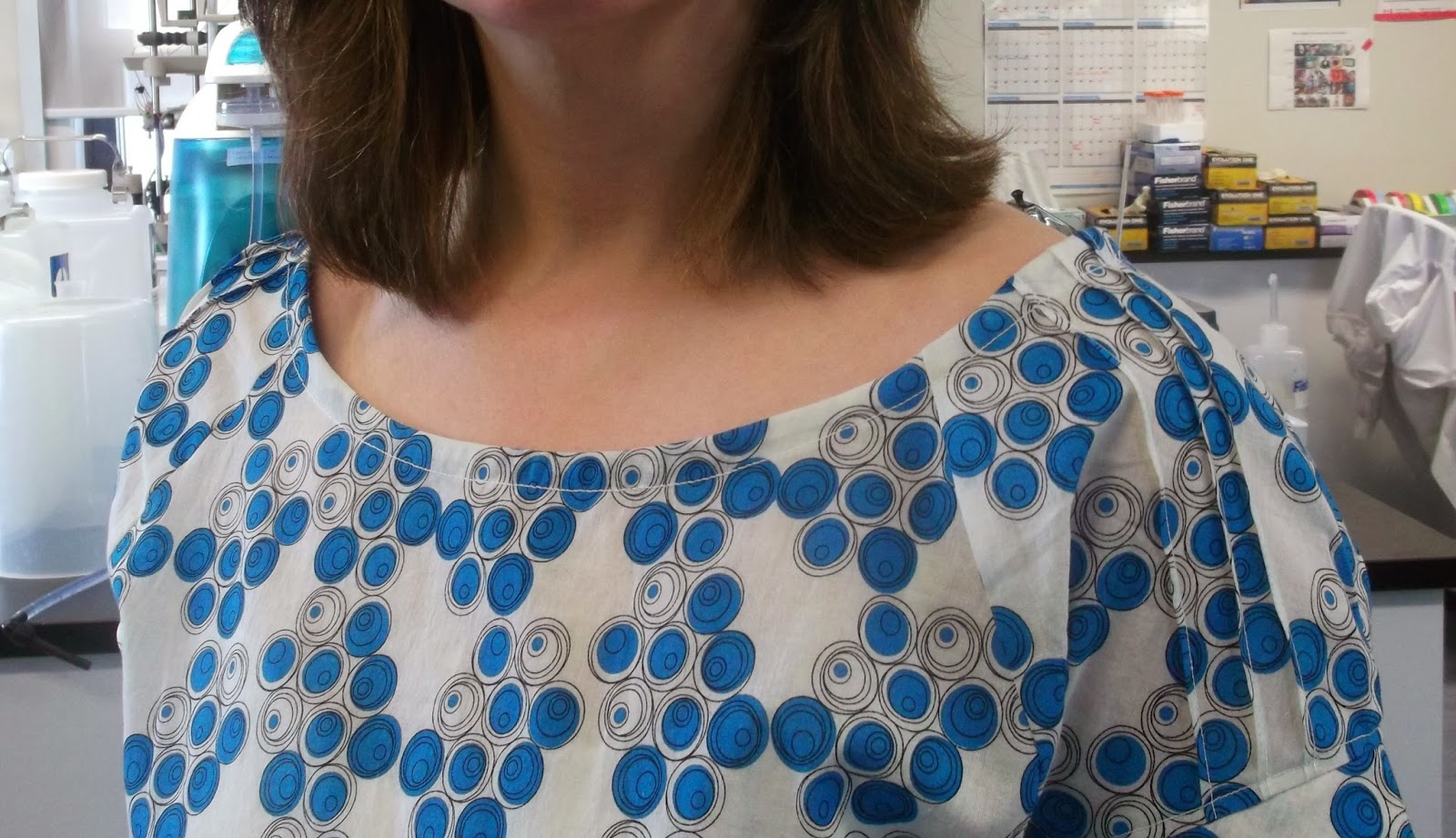 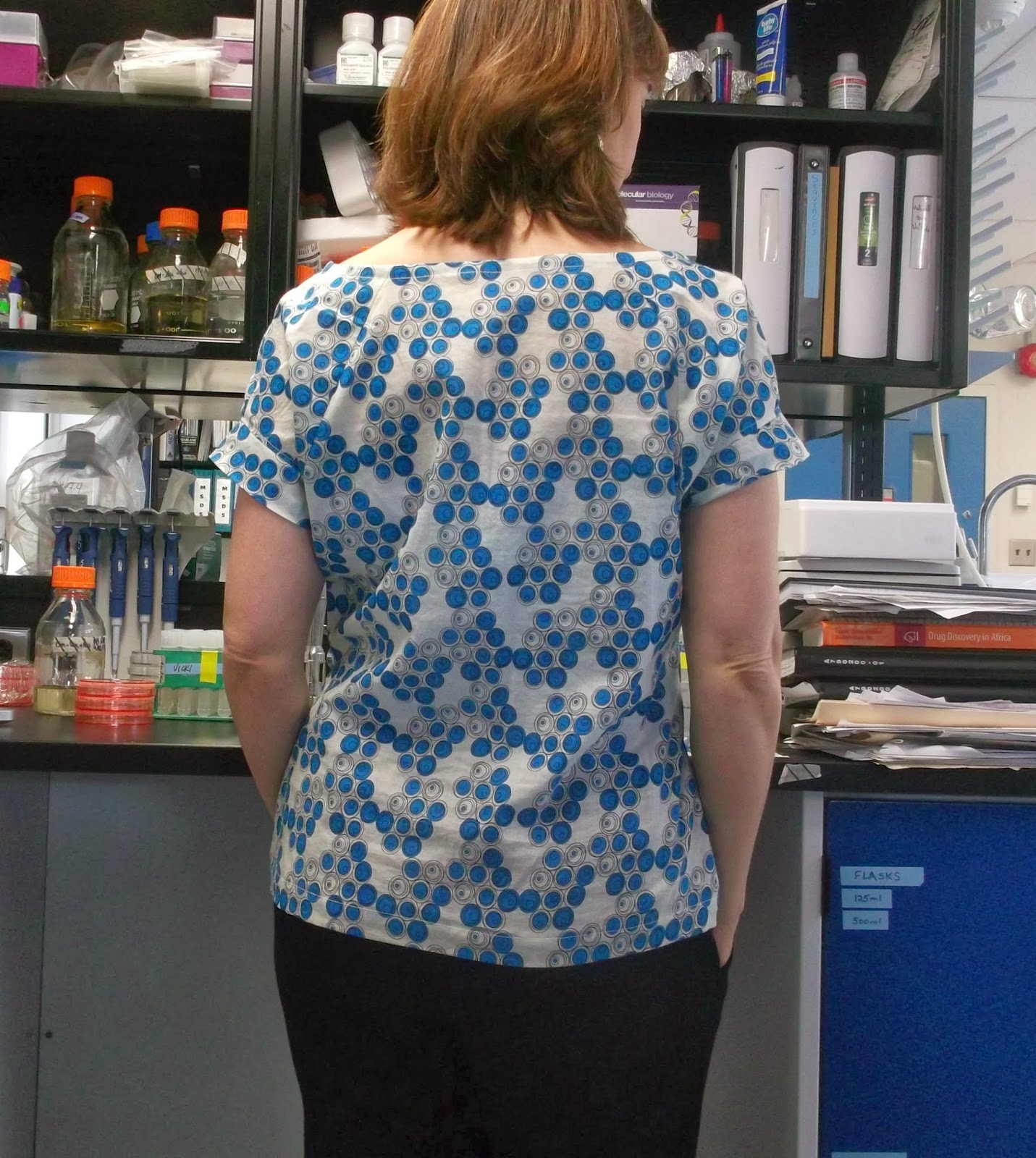 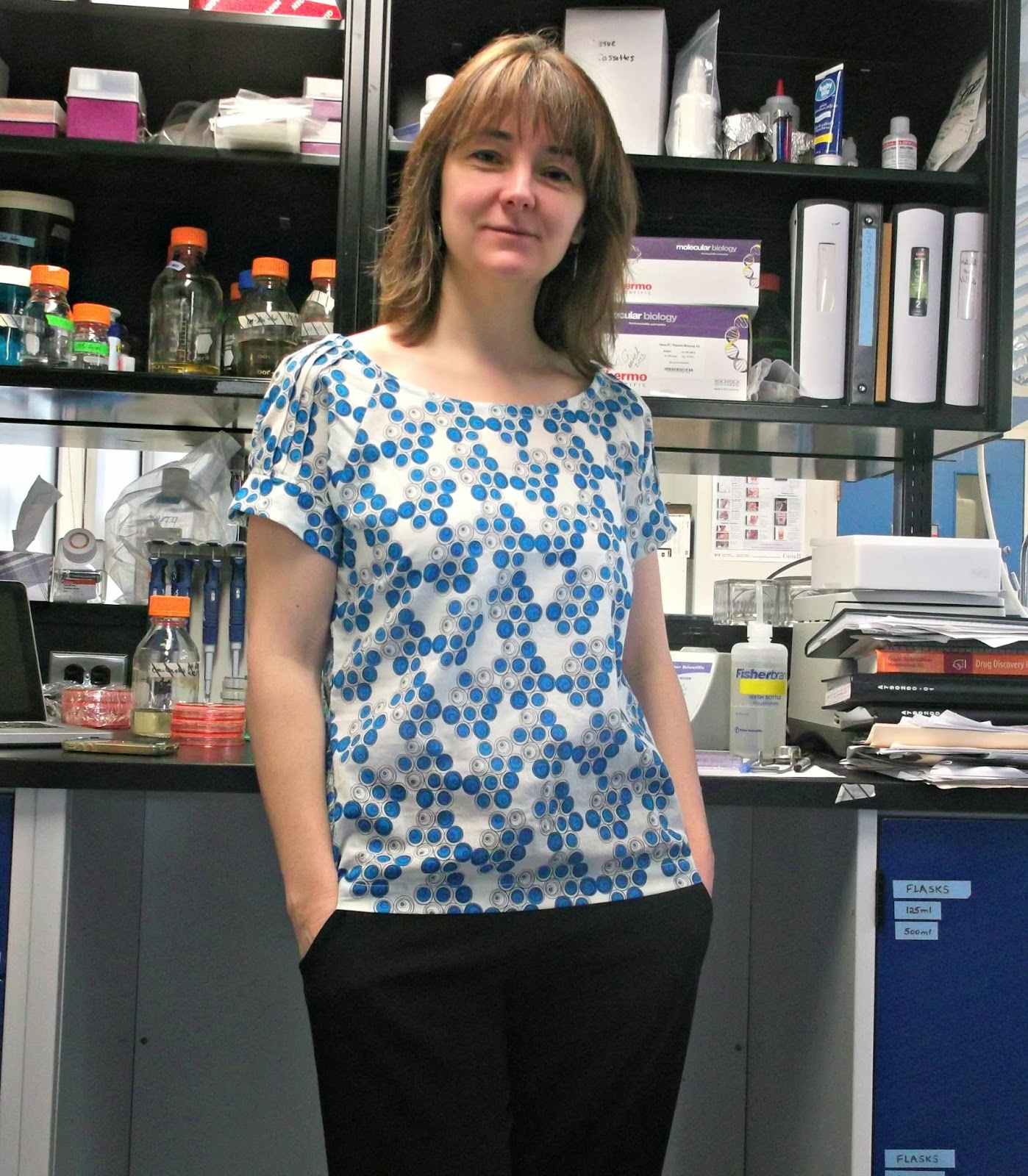 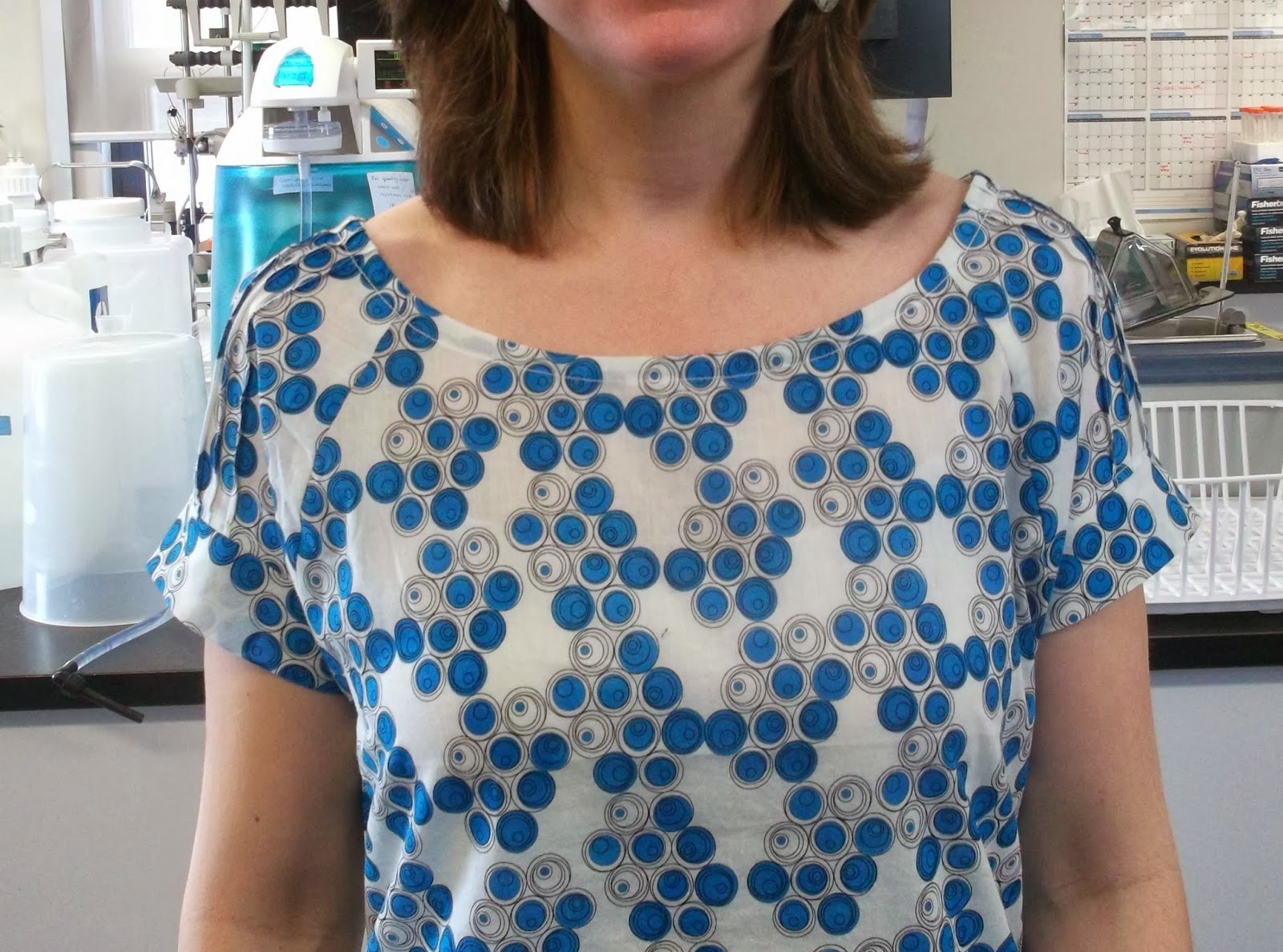 I made view B with the sleeve tucks, though it may not be obvious from these photos because the print kind of hides them.  They are more apparent in real life and I really like the subtle detail that they add to an otherwise plain top.

It's a pattern that I would recommend when it's released in April.  It goes together quickly and doesn't take much yardage.  I sewed it over two weekend afternoons, but it should take a regular (read: childless) person less time than that because they won't be interrupted every 15 minutes with an injury to attend to or fight to referee.  The pleating actually took most of the time because I wanted to make sure that I was marking and pressing evenly, as opposed to my usual "eyeball it and hope for the best" method.

I bought this fabric during the first Montreal meet up last May, and knew that I wanted to save it for a top, but I didn't have just the right pattern until now.  It's 100% cotton shirting (almost voile, but not quite that fine.  What would you call that?)  Shannon at the Finished Garment bought some too, but I don't know if she's used it yet.  It was a great fabric to work with because it is soft and has great drape, but was easy to handle without any shifting around.   And now I wish I'd bought more in another colour way.

OK, I'm on vacation in Florida and I really should be outside enjoying the lack of 1m of snow and -20C temperatures!
Posted by Another Sewing Scientist at 13:03 No comments: