I've been featured again over at The Sew Weekly, most likely because of my willingness to reveal my out takes: 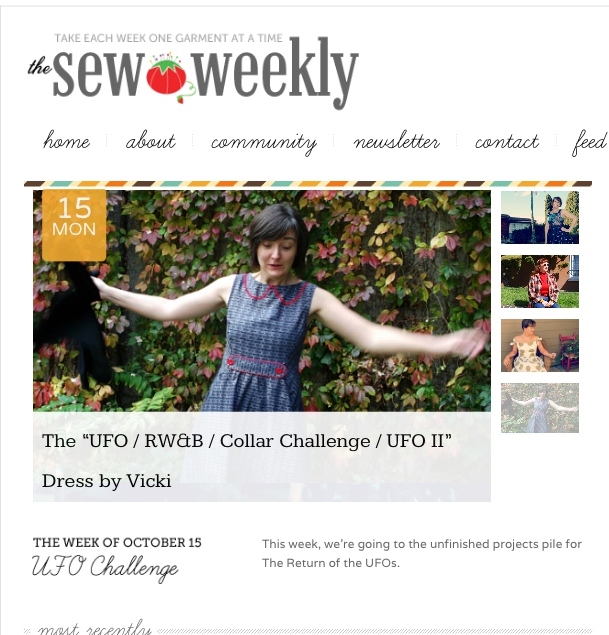 Yeah, that's me mid tumble off our retaining wall into the neighbour's garden.  It wasn't far to fall, and it wasn't a garden of cacti, so all is well.  Just made for better photos in the end. Although to be perfectly honest, there are only about 1/5th of us still posting to the sewing circle compared to the first week of January, so my chances of being featured get better as the year goes by  ;)

In case you didn't recognize the pattern, it's Simplicity 2591 that gave me so much grief last year.  The pattern looked so good on so many people, and I was crushed that it was out of print.  Then I received it in the mail from RiAnge and was so excited to use my Cape Town fake shwe shwe print in imitation of the dresses that Farah and Adey had made. I struggled far too long with the fit, but after 10 extra hours and 1.5 years on death row  (UFO bin), it's done.  Whew.  The whole story is here at TSW.  I'm almost as tired of writing about it as I am of making it, so I'll leave it at that.

On another topic, which may seem unrelated but has close ties to this dress, I recently had to participate in an SDI personality profiling exercise held at the non-profit where I volunteer.  (I've been the president for 3 years, and finally decided to step down before I went all Hugo Chavez and started dictating to the other members of the board, while I reclined behind my mahogany desk with a big stogie.  haha.  Yeah, in reality we drink coffee while we squat on toddler chairs in the cold basement!)  We had to submit our anonymous questionnaire, and the facilitator put together the results for our meeting.  Our first glance at the data showed a cluster of people up in the "emotional / extrovert" sector and one data point far down in the "logical / introvert" sector.  I burst out laughing and said, "That's got to be me, right?" and it was.  Logical, unwilling to jump to any conclusion until I feel I've had all the facts, unswayed by others until I know all the info, very reluctant to ever back down unless I've run out of ideas, and very unlikely to respond to aggressive behaviour....sounds like me to a T.  The flip side is that I am dogged in my pursuit of a goal, pay very close attention to detail and always try to find an alternative answer when I hit a brick wall.

Which leads back to this dress:  most people would have tossed it after one or two attempts.  Not me.  It turned into a personal challenge and I had to see it through to the end.  Call me stubborn; call me nit-picky; call me unwilling to let go, but damn it, I get shit done. 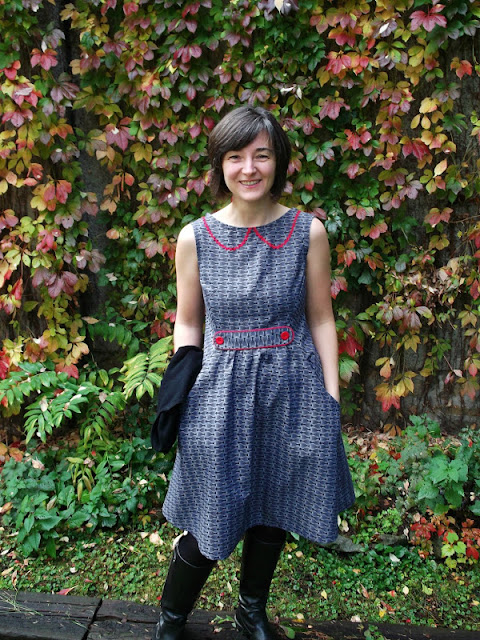 Posted by Another Sewing Scientist at 14:56 12 comments: