In fact, it's just the opposite:  I've been doing so many more IRL things than usual that it's getting in the way of my online life...IFL?  (in fake life?)

I had a mega update post drafted in which I tried to cover everything that's been going on for the last two months, but then I realized that it would make sense to break up all the info into a few posts.  That way, I hopefully won't forget anything important or exhaust you with reading 1000000000 words at a go!

Starting back in May:

Debbie J. from Sew Debbie, who I met at the Toronto meet-up back in February, was in Montreal for work for a few days, and we managed to have a somewhat hectic dinner together on the 13th.  I wore my red cotton pattern-less leggings and Debbie wore a charmeuse Pendrell that made me want to dig out my copy again and give it another try.  My one and only Pendrell was a quickly made muslin from an old pillowcase, which I've worn a few times, but it isn't quite right.  Time to work on the fit again. 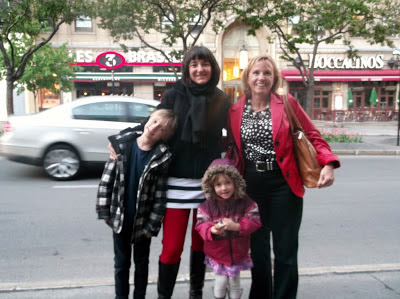 I say hectic dinner because I had to bring my kids along, and had to rush back home before bedtime.  They were fairly well behaved, and we even managed to get a few complete sentences out between kid crises.  Then my daughter crawled under the table and took about 1000 close-up shots of Debbie's tights! 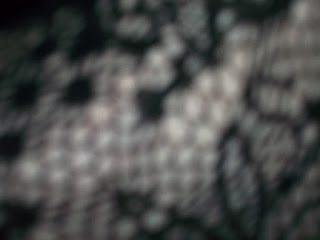 (Luckily she's a mom too, and knows the kind of things that come with the territory.)

The next day, I flew to Tampa on a business trip, and while I was there, I managed to meet up with Myra from Simple Inspirations and Andrea from Satin Bird Designs.  They found me through the Map the Sewintists project, which just makes my day!  I'm so glad that people are using it to find each other, despite all the bugs that I haven't been tech savvy enough to solve!

Here are a few quick iPhone photos that I grabbed from them because I was stupid and forgot to bring my camera: 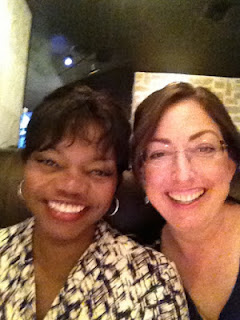 We had a great Mexican dinner at Miguel's, let Andrea give us stuff without bringing anything in return (d'oh!), and talked the night away.  Here I was thinking it would be great to spend the night with some non-scientists, but it turns out that (without giving away their personal information), they have both worked in scientific fields and we ended up talking about diet and immunology, travel (me being able to fill them in on a lot of information about Cuba, since they can't travel there), kids, grandkids....oh, and or course sewing!  It always amazes me how interesting and friendly every single sewintist I've met has turned out to be.

We are the coolest bunch, aren't we?

BTW, for anyone else living in or visiting Florida, there is a new FB group (Florida Fashion Sewists) that are trying to arrange a get-together sometime soon.

OK, that's enough for today.  I'll post about my second Me Made May experience next time I get an hour or two on my computer.
Posted by Another Sewing Scientist at 19:23