Last week was UFO week over at The Sew Weekly.  I think this qualifies, since it's been hanging in my sewing corner since February: 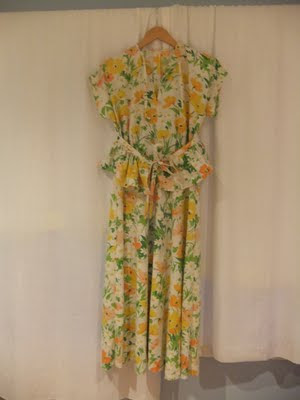 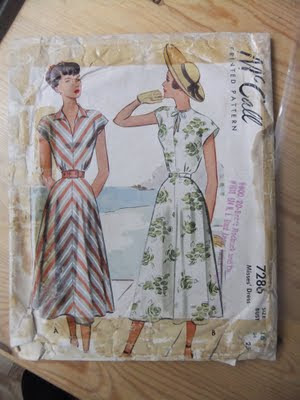 Beautiful McCall pattern from 1948 that should have been a quick weekend project, but it resulted in this: 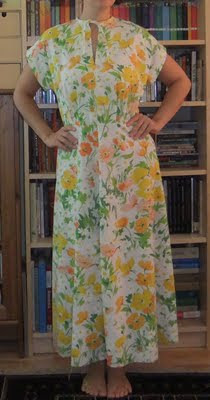 Aie chihuahua, but that's an unflatteringly high neckline.  I hate being strangled by jewel necks, but also the instructions for the tie were strange: the bias strip was meant to be sewn on the inside, then folded over twice and sewn on the outside.  So you end up with a tie that is 6 layers thick (plus the fabric of the neck = 7 layers).  It was so stiff that it was sticking straight out!  Granted, it is a muslin made of '70s polycotton sheet, but still...
Now, I know perfectly well that I will never have a humanly impossible tiny waist like Lady B on the pattern illustration, but this was looking a little dumpy and needed something to define the waist a bit better.  I tried making a tie-on peplum belt, à la Casey, but it only added bulk where bulk was not wanted.  (I thought I had a photo of me with the peplum tied on, but I guess I deleted it from embarrassment).
So I hung it up and left it there for 5 months.
Luckily, it was an easy fix:
1: unpick the bias tie
2: drop the neckline
3: re-sew it as a typical double fold bias
4: fix the arm seams
5: sew in the side zip more neatly (yay, invisible zipper foot from Amazon!)
6.  add shoulder pads
7:  cut up peplum to make fabric covered belt (used a $1 CK belt from the VON shop) 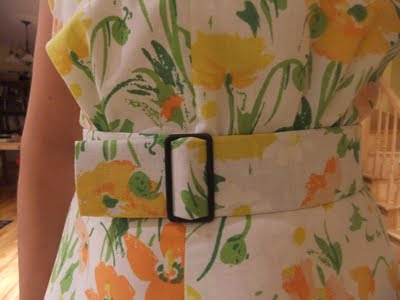 (Yeah, I know those shoes are '80s, not '40s, but they're the only neutral coloured, somewhat appropriate ones I own.  It was these or black mary janes or purple spike heels, so I figure these were my best bet.) 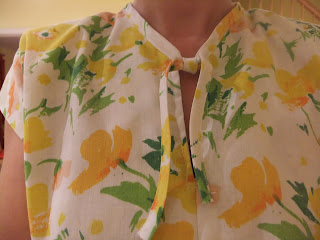