Not having a real life sewing circle, and not having a dedicated time each week to spend with real life crafty people means that I've found a virtual sewing community, The Sew Weekly.  I've posted many times about the weekly challenges I've participated in, and the people I've met via the SW.

For 2012, Mena has changed the format to be more community oriented, rather than focusing on five featured sewists, as she did in 2011.  There are ~150 of us who have decided to participate each week, from which 5 projects will be editorially chosen as featured creations (read: Mena picks 'em).  It seems like a good way to keep involved, get some inspiration and motivation.  Or perhaps it's just another example of my tendency to over commit.  We'll see.

The first week was simply an introduction post:  talk about yourself and post your favourite project of 2011.  Easy enough.  The second week was another easy one: post a project that was inspired by an accessory.  Having a solo parenting week and very little time meant that I threw something together at the 11th hour (literally.  I started after 10pm and finished at about 11pm)  It isn't even technically finished, but it was good enough to pass in a blurry photo: 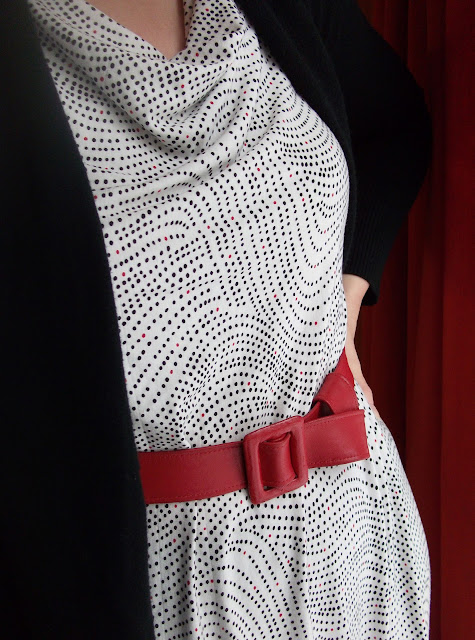 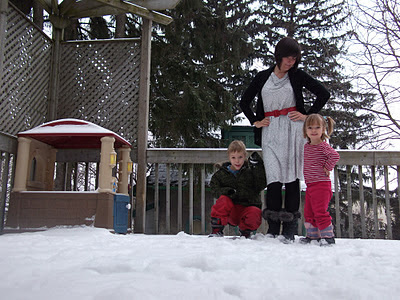 Ah yes, the glamorous life in fashion....it's all posing for internationally renowned photographers, jetting off to Tokyo for the latest Prada shoot, living on cigarettes and cocaine.....

More like awkward pocket camera shots with underage assistants, driving off to Lac de l'Orignal for a weekend in a cabane, living on bacon and beer.

I'll take my life over that of a supermodel any day!  ;)
Posted by Another Sewing Scientist at 14:26