I've been gone for a long time.  Well, not a Selfish Seamstress long time, but still.....

The last month consisted of:  Fly standby to Halifax (a day in the airport), drive to Cape Breton to see grandparents, drive back to Halifax, fly standby back to Montreal (another day in the airport), work like bonkers for a week to get some results before the High Throughput Centre closes for a month, fly to Vancouver, fly back to Montreal, work like bonkers to get as much organized as possible before my union voted to strike, AAAAAAND......then go on strike.  Whew.  I've been enjoying the luxury of being home during day while my kids are in school / daycare.  Now I understand how people get all their shit done:  one of them stays home.  What a novel concept.  Why hasn't anyone thought of this before?!

So the first couple of days at home consisted of long overdue housework, but then I thought I would finally take advantage of the time to myself to do some actual sewing, so I skipped off to the local thrift store.  I thought I'd scored when I found 5 metres of black cotton/lycra jersey for $5.  (I never find cheap knit at my local stores and the thrift shops.  Forget it.)  So I took it home and threw it in the washer, and then............ 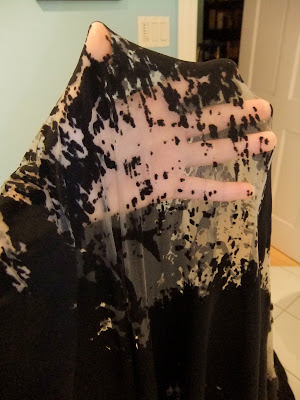 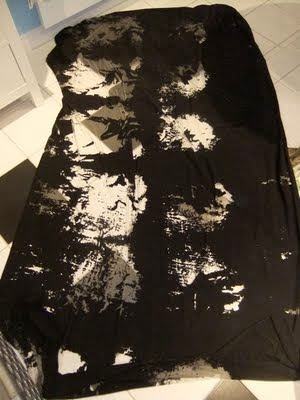 WTF?!
and you would not believe the mess this piece of shit made of my WHITE bathroom.  It's everywhere. 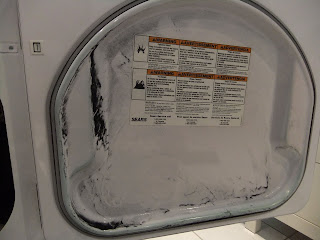 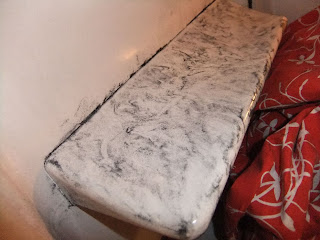 Have you ever had to vacuum the inside of your dryer?  I have.  It's not something I had on my Sewing Bucket List, that's for sure. It's like the cotton completely disintegrated and all that was left behind was the lycra skeleton.  Oh yeah, and a fine layer of black sticky dust all over my freakin house. 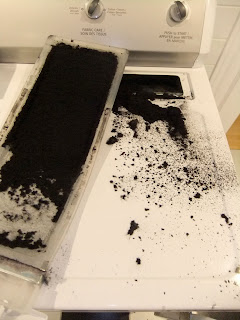 So now the time and money wasted in running many loads of laundry over again has pretty much cancelled out the savings of that little thrift store adventure.  Gah.
Anyway, I'm working on a few little things while I'm on my (unpaid) strike/vacation:  I did a little tie dying with the offspring over the long, stormy Labour Day weekend, I'm working on a shift dress vaguely based on a pattern from 1970 using the cool linen from my first estate sale score, and I'm getting set up for my Gatsby dress. 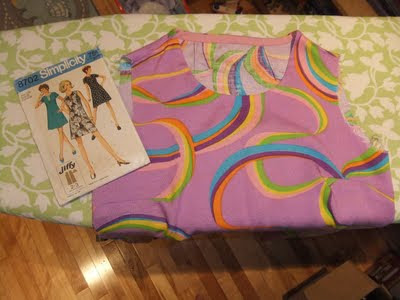 Is it wrong of me to hope that this strike drags on a little longer?  At least until I get some sewing done.
Posted by Another Sewing Scientist at 23:04