I downloaded this pattern last year I believe, and I cut it out and traced the allowances back in March, then it sat on my desk in a dusty pile for two months.  You know the story.
I have been trying to follow the Sew Weekly and this week the theme was "Red, White and Blue", so I got the kick up the arse I needed to finish it.  (Aside:  spell check just tried to correct the word "arse".  Really?  That's a word!  Well, in Nova Scotian it is.) 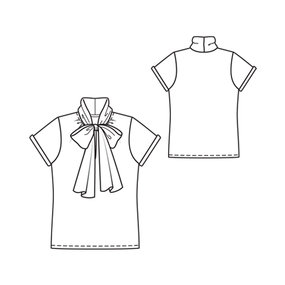 This tie-front blouse from Burdastyle 10/2010 has gotten mixed reviews.  Some people love it, some are indifferent but everyone agrees that the ties are ridiculously long and the instructions are crap.  So I ignored the instructions and just used my common sense.  I did french seams throughout because the fabric is so thin (somewhere between voile and shirting....what would you call that?) and very prone to fraying.  I also cut off about 25% of the tie length: 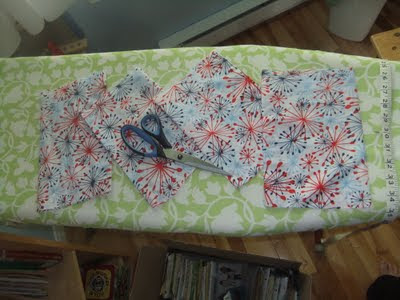 and now it looks better. 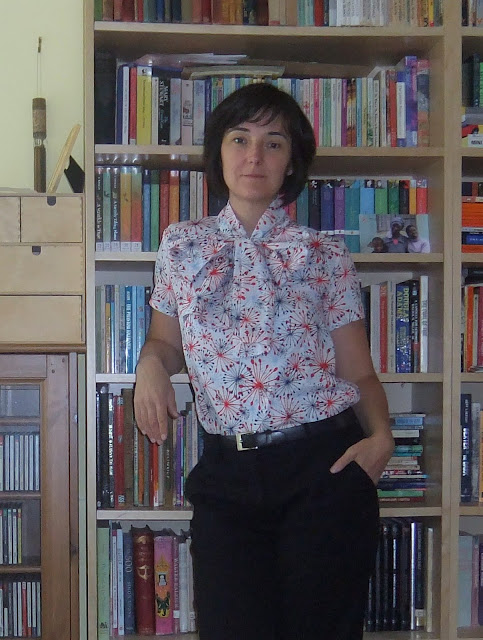 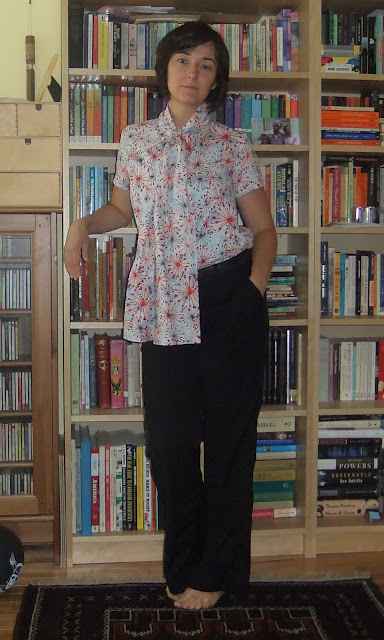 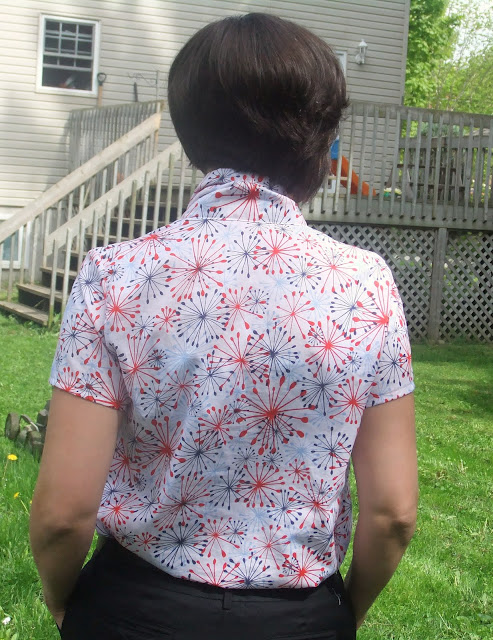 My man was home this afternoon, so I actually got some outdoor shots.  Imagine that. 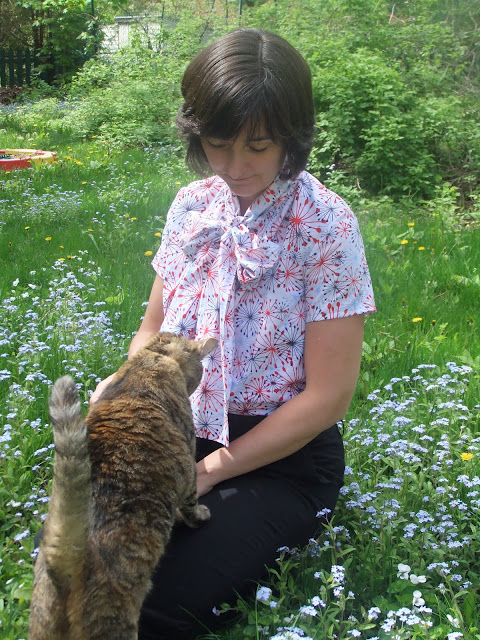