Round up, clean up, catch up

Because I'm too tired to come up with coherent sentences strung together to make paragraph thingys, but still have lots of things I want to post, I hereby give you a list of cool stuffs:

I first read about these Youtube series over on Casey's blog and I've been watching them pretty much non-stop whenever I get a chance.  If you're into gardening, history or food, you'll love these.  I can't find all of The Wartime Kitchen and Garden episodes online, but hopefully more are coming soon:

The Victorian Kitchen with Ruth Mott.

The Wartime Kitchen and Garden with Ruth Mott and Harry Dodson! 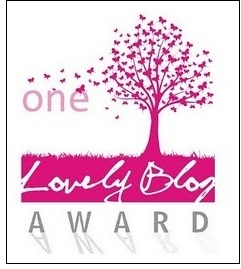 One lovely blog:  Suzanne over at Beaubaby recommended my blog - although I'm frankly always amazed that someone other than me is reading this.  I also feel funny if I don't pass it on, but like the chain letters they are, these kind of blog recommendations have to fizzle out somewhere or we'd just plain run out of good blogs to recommend and we'd start telling people to go read the crappy ones.  Wait, are there any crappy ones?  I'm sure there must be some that are all links to pharmaceutical online stores and Russian pr0n and white power ranters with IQs ~50, but I've yet to see one. You should definitely read the sewing scientists on my blog roll first though, because we're the coolest.  Erm, I mean nerdiest.

1) I am very organized at work; I am very disorganized at home.  I think there is only so much organizational energy in one person.  I have a closet that is bursting with junk I have to get rid of, but I just can't seem to get myself organized and figure out what goes where.  And then every time I open that closet, my kids see that old broken toy or game with missing pieces and want it back.

2) I am an atheist and the more I learn about religions, the less inhibited I feel about saying that.    Telling people that you don't believe in any god(s) is still treated as suspicious and immoral by so many, but I'm hoping that will change.  There are good religious people and bad; there are good atheists and bad.  I've seen enough of the world to know that morality and religion are unrelated.  No, learning more about Jesus / Allah / Jehovah / Buddha / Krishna etc. isn't going to change my mind.  No, I haven't had any traumatic experience with a religion (but I've had plenty of friends who have).  No, I don't feel like I'm missing out on any great secret of the universe. I prefer keeping my mind open and basing my beliefs on the facts around me, rather than twisting the facts around me to suit my immovable beliefs.

3) I both get and simultaneously don't really get the whole body image struggle that so many bloggers talk about.  You have a body that works.  It looks much better than you think it does.  Probably everyone around you thinks you look fabulous; why do you think any differently?  Maybe it's due to growing up where and when I did that makes body image less important to me.  Maybe it's because I'm no longer in my 20s and I realize my body isn't going to get any younger looking.  Maybe it's because I've been over and underweight, and I was equally happy at both stages.  Maybe it's because I've had years of pregnancies and breastfeeding mold my body in unexpected ways that's made me realize that being able to do that job is more important than the way it looks.  Maybe the years of media brainwashing just washed over me, leaving me intact.  Maybe the fact that I get my self-esteem from what my brain can do rather than how my body looks makes me immune.  I don't know.  But I do know that when I hear someone say, "I'd be much happier if I just lost those last 10 pounds", I want to say, "No, you won't be happier; you'll just be 10 pounds lighter".  Stop sabotaging yourselves, or I swear I'll have to come shake some sense into you.

4)  When I was very young I had an imaginary friend named Bamba.  He was a dragon-like creature that I used to play with until my little sister was old enough.  When we moved from New Brunswick to Nova Scotia in 1974, I left him behind.

5)  I developed a severe allergy to shellfish after my first baby was born.  I had all the tests and still didn't believe it was possible, but apparently the immune overhaul that pregnancy causes on your body makes you much more likely to develop allergies, mild and severe.  I jokingly refer to it as my allergy karma, because before I had one, I didn't really buy into the whole "clean the environment of all allergens or my kid will die" mindset.  Now I've had enough anaphyactic reactions to something that is merely cross-contaminated with shrimp that I have to take care of where and what I can eat.  If it's ever happened to you, you know that feeling of impending doom that creeps up from your guts and you know it's too late.  And you'll never poo-poo someone's allergy fears again.

6) I hate anything jelly-like.  It literally makes me gag.  I vomited once when I had to participate in a jello eating contest back in high school.

7)  I have some kind of disorder that makes me fly into a rage if I have to listen to someone sniffling and snorting their mucus.  I wouldn't be surprised if I am someday featured in one of those Strange But True headlines: "Local Area Woman Murders Man on Bus for Failure to use Kleenex".

OK, my brain is not working anymore so I'm going to stop now.  And go watch some more Victorian Kitchen Garden.
Posted by Another Sewing Scientist at 16:56